A long time ago (for the blogging world) in October, I ran the Ragnar Relay McDowell Mountain Trail Race (Ultra Style, of course). I was hoping to run a ultra team, because a challenge is always fun! ;)
But I asked around and no one wanted to run it. They all said I was crazy. So, I bravely posted on the Facebook page for the event and got way more responses than I thought! Two guys were interested right away, Rick and Charles, and they seemed like pretty cool guys so I thought, "why not?". A few other people were interested, but they all seemed to come in two's and there was only one spot left. I then decided to post on my own page and see who would reply. Thankfully, my good Ragnar buddy Brett wanted to run it! We had a team!

When I told people that I was running on a team with two strangers, I always got the strangest looks. But people don't realize that the people that run Ragnar are always the coolest. :)  And these two were Ragnar fanatics.

I picked up Brett from the airport and then got Charles and Rick from a hotel in Phoenix. We drove to Target and picked up some much needed food supplies. Then, we drove to Fountain Hills for some breakfast before we headed over to Tent City to set up our space.

One thing that we should have done was arrive much MUCH earlier. The good spaces were all gone and so we picked a spot too small (at first) for our 10-person tent and chairs. Also, we did not even think about bringing shade! It was too hot to sit outside and even hotter to sit in the tent.

My Notes for Next Time For McDowell Mountain:
-Bring Shade
-Bring Bigger Speakers (got to pump up the music and the runners, but not when people are sleeping)
-A smaller tent (a 10-person tent was too much work to set up and take down when only 3 of us were using it at a time).
-Arrive earlier than everyone else and get the spot easy to see, easy to walk to, and semi-close to the bathrooms and exchange station.Other Ragnar trail runs are set up differently from what I heard. McDowell Mountain has the strangest set-up. Its long, rather than wide, so it's awful if you get stuck at the far end from everything.
-Bring fun decorations (we brought a pumpkin and it rocked).
-Have a kill count board (unless you are not into that kind of thing).
-Try a regular team one day (then you can drink beer and actually get some sleep).


I didn't think it would fill up so quickly, so we didn't get there until noon. It was already really hot and a ton of people looked as if they had been there for hours. I hate that feeling. Being the last one to show up.
But we got situated as quickly as possible, and we headed over with Brett to the exchange tent to see him off on the first leg.
Rick was next, and then it was me. I love trail running so I was really happy to do this run. Although, it is the complete opposite of what I really love which is being alone in the wilderness on my trail runs. It is nice to share this experience with other people.

My first leg was the Red Loop. The whole course is spread out on three loops that all end at the same place. There's the green loop (4.2 miles), the yellow loop (4.5 miles) and the Red Loop (7 miles). The Yellow Loop by far was my least favorite. There were some extremely steep parts and lots of loose gravel. But the Red was not so bad. It was long, but relatively flat and easy to run.


After the Red Loop, the rest was kind of a blur. Overall, I had to run 6 loops. Since we were an ultra team, instead of deciding to combine 2 loops one after the other and ending up with only 3 long runs, we decided to go the other direction and do 6 loops. At first, I thought this would be torture. But it ended up being pretty nice. Instead of having 3 really long runs on trails (especially in the middle of the night) we had the same as everyone else, jut more of them. I liked being able to go to the tent after one loop and getting some sleep.


My favorite trail at night was definitely the Green Loop. It had some many ups and downs that it was just too much fun to run! I felt like I was on a mini roller coaster. It was exciting because I knew I could have tripped at any moment and gone flying off into a cactus. I gained some much speed on those small hills. They were never too steep going up and they were absolutely perfect for running down. That Green Loop is awesome!


The sunset in the desert  is absolutely beautiful! It was an especially amazing experience to share with all of these crazy Ragnar trail runners. :)  As the sun went down, the nightlife of the Ragarians picked up. The fire was lit; the screens glowed blue; people blasted music from their campsites. It was a great place to be.


However, once it got dark, other creatures began to come out. Some people were talking about the tarantulas they saw crossing the trails. I was "lucky" enough to meet the deadliest of the desert creatures.  On the end of the Green Loop, a rattlesnake was not having it with all of these runners trampling through her home. She was angry and LOUD. Thankfully, there was a Ragnar volunteer on the trail making sure others knew it was there. 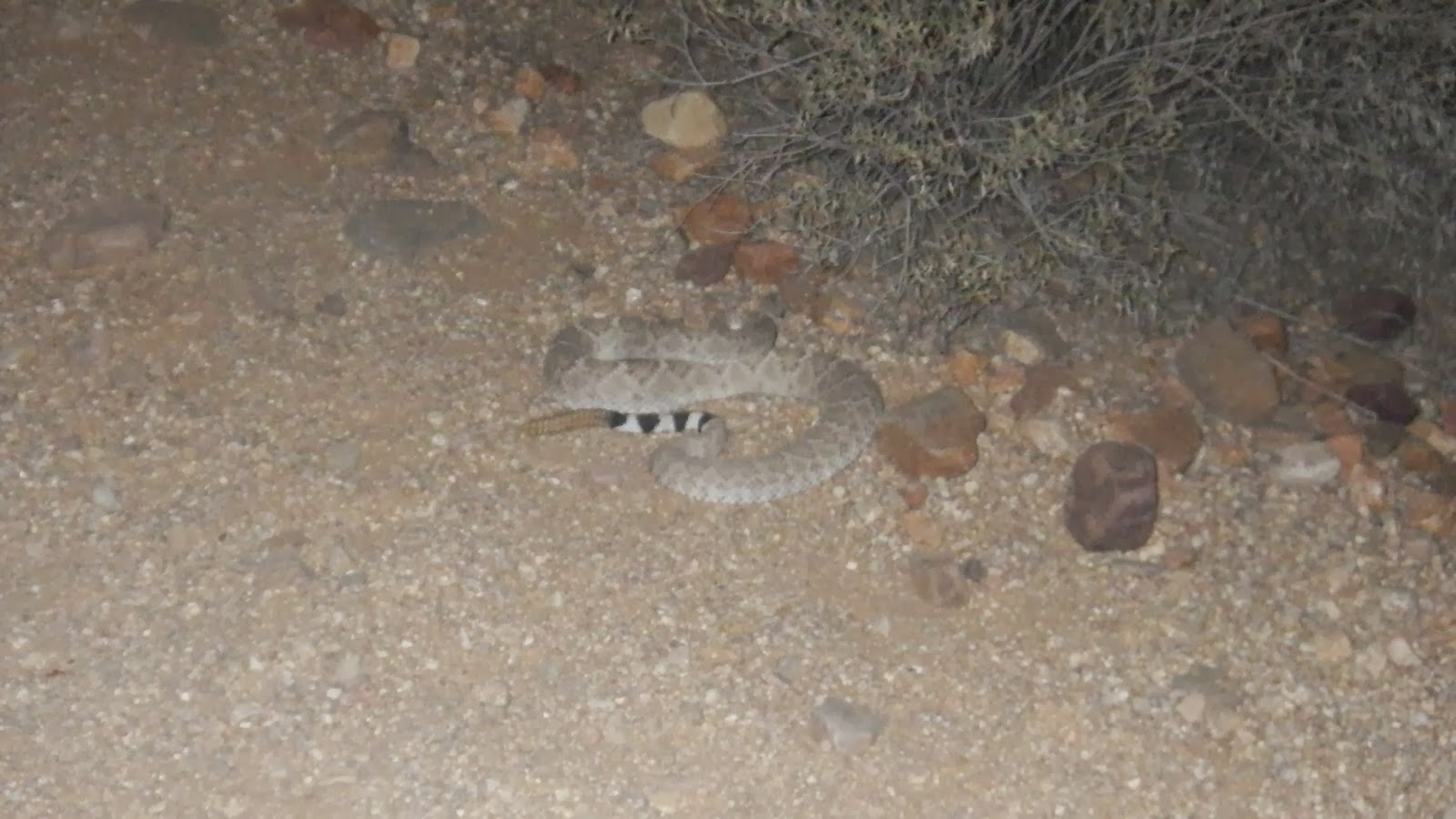 As I said before, the Yellow Loop was my least favorite. It was gravely, and steep and dangerous. But there were also some creepy parts of this loop. "The Chunnel" was the worst. I thought I was going to get murdered when I ran through it.

Finally, the sun started to rise. I was running my 2nd to last loop. It was so nice knowing we had run through the night and we finally made it to the morning. I always feel this way with Ragnar, but this was more so, because we were one spot the entire time. There was a different feeling attached to it.


The sun rose and everyone was back to being busy, awake and ready to run! Some people were packing up a little bit. We still had quite a few loops left, so it didn't even cross my mind.

Finally, I was ready to run my last loop: the dreaded Yellow Loop. It was near the middle of the day and it was HOT. 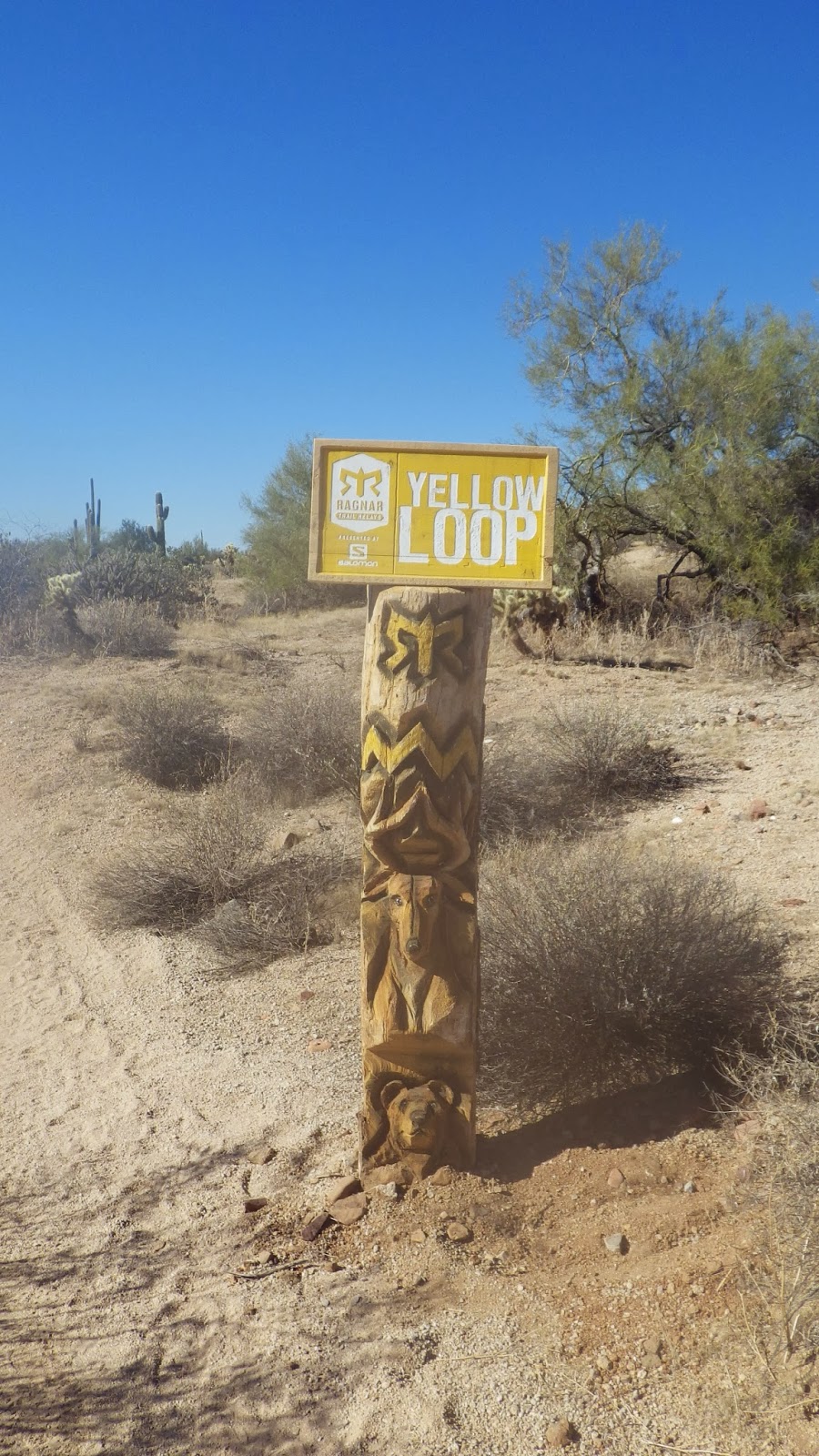 I finally made it back in one piece! But no one was at the exchange station to meet me! I was so confused. We had one more loop and they were not here!? After all of that heat, I was a little testy.  And I was especially antsy because the rest of the teams were pretty much done. At this point, we were one of the last teams. We called for them over the loudspeakers and waited. I eventually went to go look for them.
After Rick and Charles started the Red Loop, Brett and I went to the beer tent to have some beer. Since we were on an ultra team, it's not such a good idea to drink and run. Shorter distances, sure whatever. But if you are running 30+ miles, stick to water. I was so jealous of the other larger teams who had time and energy to have a cold one. It seemed more of a relaxing race for them.

After a beer, we headed back to our site and began to tear down camp. We were really one of the last teams at this point.

After tearing down as much as we could, we headed to the finish line to run with Rick and Charles to the finish. We waited and waited, and a few teams came through. The Ragnar staff was about to close down the finish line when I ran to them and told them are were two more runners out there. Thankfully, they decided to wait for our team to finish. Thanks Ragnar!


Finally, we saw them! Charles was limping and Rick was carrying the flag. Apparently, they started to walk a mile into the loop and that's what slowed them down. Charles is crazy for running on a twisted ankle, but definitely determined!

Overall, I am a fan of this race! I usually like Ragnar, but traveling in the vans is hard to do and hard to plan logistically. Setting up camp and running trails is so much easier and it's nice to come back to the same spot after every run. Also, I love the decorations in each of the camps. Instead of the hard task of decorating a van, all you have to do is decorate your campsite. Easy! We added a pumpkin and glow sticks to ours. Since it was around Halloween, a lot of teams did the same. In 2014, it will be in November so you never know, maybe people will bring lots of food to share!

I can't wait to run this race again. I am already signed up with a team. This time however, I'm going with the easier option of an 8 person team. Should be nice.

I'm glad I got to be a part of this race in it's first year. Let see how many years I can keep it up. :)

Happy Running!
Posted by Jamie at 1:00 AM