First thing Saturday, I got myself a long over due haircut. 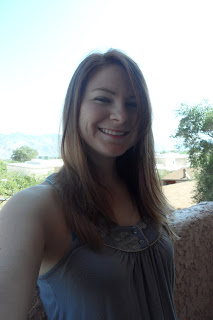 I tend to forget about myself when I'm busy. It's not a major cut, just the dead ends are cut off and it has been styled a little. Point is, it makes me feel good. :)
I also tended to my mini garden. One day, I hope to have a backyard and plant a huge garden. But for now, I live on the second floor and pots will have to do. Keep in mind: it is a growing garden. More will come soon! 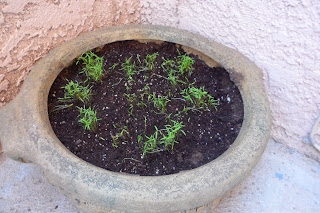 My dill plant is peaking out from the soil finally! I love love love dill in almost anything, especially broccoli and cheese soup. Can't wait to use it! 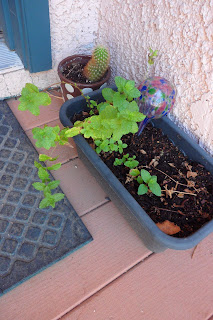 My cactus and mint plant sit out front. Haven't used the mint yet, not sure of any good recipes. Any suggestions? I will be looking for some. 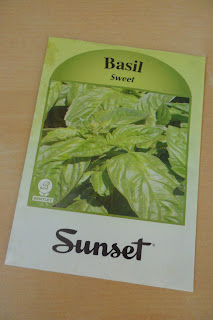 Basil is up next! I will plant him very soon.

I also rode around on my lovely bike this weekend.
I'm trying to get used to it for upcoming bike related things such as Tricats, El Tour De Tucson, etc. 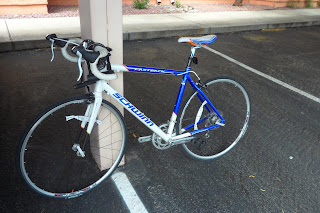 I love my bike. :)
Don't you like it's accessories? I have three bike locks hanging on the bars. Yes, three. I have to do this since I leave it on campus. I may only be a little paranoid...

How was your weekend?
Posted by Jamie at 1:32 PM 2 comments:

1. School started on Monday. I'm one week in and I'll be honest...I'm not loving it. There are so many people! I have been so close to running multiple people over while on my bike. Sure, I speed pretty fast through campus, but it's ridiculous to walk in front of bike traffic. Silly freshman. Also, why do so many people look nice when they get to class?? I show up sweaty, smelly and I'm basically a mess. WTH? And, there are motorcycle cops everywhere! Guess who they're after? Cyclists. Of course.

These guys would love to give me a ticket.

2. I am into Week 3 of my MLHM training plans. While I may not be completely sticking to the plan (yet) I am doing good enough. I plan on heading up to Mt. Lemmon sometime this weekend for a short trial run and to see how my body handles the altitude...again.  I was up there for a little while this summer and I felt like my body was getting used to it. But, now I've been back in Tucson for over a month now. How do you train for high altitude races?

3. I joined the University of Arizona Women's Rugby Team!  This is very exciting for me because I am very competitive and I'll admit, a bit aggressive. This. Is. My. Sport. Other than running and cycling, of course! Lets see if I survive the first practice.... 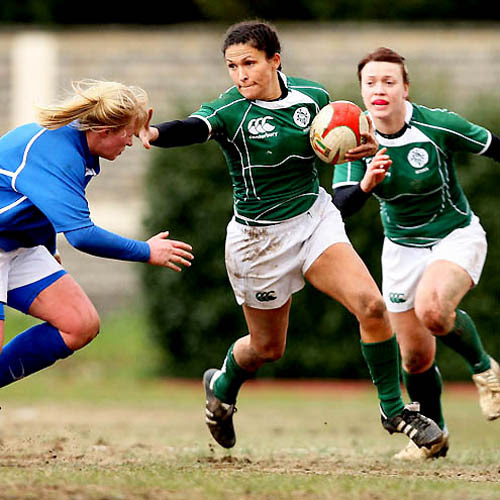 I like to pretend this will be me soon.
Posted by Jamie at 9:29 PM 3 comments:

I feel it's about time I become organized with...everything. You know, like my training, specifically. And possibly my life, but that will come later (HA).  I don't keep a training notebook or anything, so this blog is it.
I've decided to record my goals for each month and a recap of each past month. August will be a little weird because my new training plans start on the 7th and school starts on the 22nd, etc. Bear with me.
I'm keeping it fairly simple for now. As the month progresses, I will add a few more goals.
~~~~~~~~~~~~~~~~~~~~~~~~~~~~~~~~~~~~~~~~~
I hear this before leaving the house last night for a run: "You look like an alien" 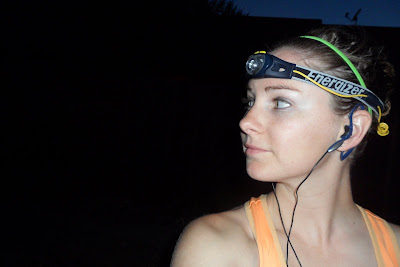 Do I? Chance said it. So what if I'm wearing a headband, my headlamp and my headphones? Fine, I admit, I look a tiny bit ridiculous, but I don't look like an alien. Love you too. :P
Also, took this picture. Thought it was cool. What do you think? 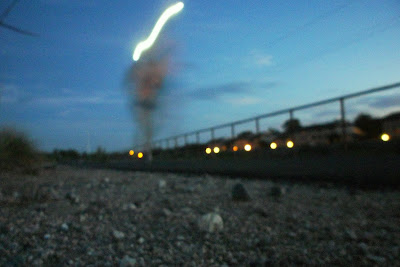 Dancing in the Dark

Have you ever been out running an errand and suddenly decided to do something else completely? Story. Of. My. Life.  I'm a pretty distracted gal, but once in a while I love spur of the moment happenings.
A few nights ago, I was driving around, dropping movies off, shopping, etc. I drove over a bridge and looked over to see a crowd gathering. I immediately pulled over, parked, grabbed my camera and walked down to the bike path. I asked around to make sure I stopped for the right thing, and sure enough, I did. I stopped because I wanted to see the bats.
I'm not even going to bother posting the photo I took because you can't see anything in it. Just a lonely bridge. Yay for lousy photo taking skills. :)
So I found a better photo (thanks Google!):

I went the night after as well. This time, it was planned and I took Chance. The only downside: if you sit too close you can get a good whiff of bat feces. Yum.
~~~~~~~~~~~~~~~~~~~~~~~~~~~~~~~~~~~
In other news, I've gotten back into night running. At our old apartment, I loved running at night. Mostly because there were street lights, and sidewalks and I just felt safe running where there was a good amount of traffic and I wouldn't be kidnapped. Seriously, I'm afraid of that happening. And it's a legitimate fear, I think. But recently, we moved up north towards the river and there's a lack of street lights and traffic and it's just too darn quiet at night. So, I've been freaked out about running after hours.
But now, thanks to Chance, we've been running the past few nights together and I'm feeling better about it. We donned our headlamps and some reflective gear last night and I felt pretty good about running on the river path. Then again, I did have my big, strong man to protect me. :) But, I may be ready to go for a run by myself tonight. I definitely plan to invest in a Road ID and some pepper spray though. I'm not a fool.  It's still dangerous out there, especially at night!

But the night time and I are becoming good friends once again. Good thing too. It's hella hot during the day. Even early morning runs are hard to get through this time of the year. And who doesn't like breaking out their reflective Ragnar gear? Brings back good memories. :)
Posted by Jamie at 12:40 PM 4 comments: