On Saturday, I got up super early (5:50 AM!) and went for a run with Kali. We decided to give Sabino Canyon a try and we loved it!! It's absolutely beautiful, especially for a morning run. The hills are tricky though. When I signed up for the 4 miler that's coming up in September, I didn't realize how difficult hills are. Oh, but now I know. However, there is a good side to hills: going down. :)
This is in the parking lot. Surprisingly, there were a lot of people here. And there was even a training group for the Phoenix Rock 'n' Roll Marathon. They had signs, t-shirts, everything. I bet that group costs a lot to join. No thank you. 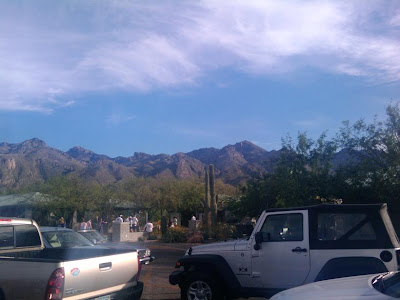 This is the beginning! Kali and I took a trail instead of starting on the main road, which is where we eventually ended up. I really want to talk about how I'm getting into trail running, but I'll save that for another post. 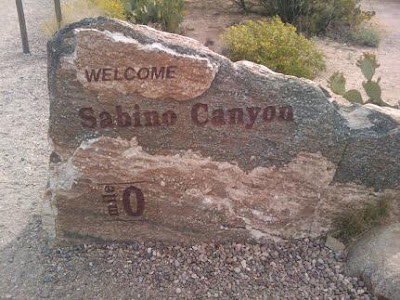 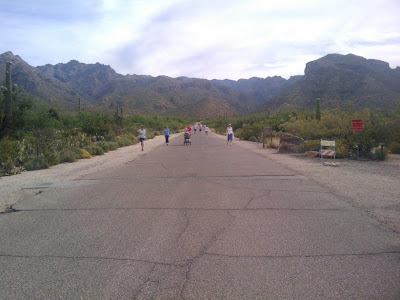 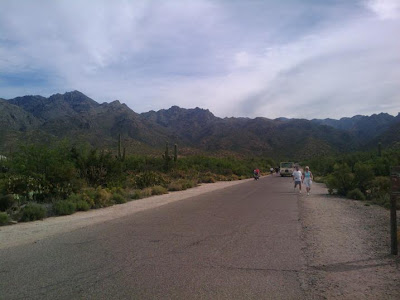 I'm going to buy a cheap point-and-shoot camera so I take it with me and get some photos inside the canyon. I love running in Sabino Canyon, despite the amount of gas I use to get there. I love it so much, I have decided to make it a weekly thing. Kali and I are going for another run there on Tuesday. Hopefully, Saturdays/Sundays (whichever happen to work out better) will be "running in Sabino Canyon day"! That is, until I get bored with it and need a change of scenery. I have also planned to run up Wasson Peak, which is in the mountain range west of Tucson. That one is entirely uphill, so I need to work up to that. Heck, maybe one day I'll be running up Mt. Lemmon! :)

Oh! I also discovered what was wrong with my Nike +. Well, okay, nothing is wrong with it, it just doesn't have the feature I want it to have. I've been posting my paces of each mile, but they're wrong! so ignore those. They're not really my pace/finishing time for that entire mile, they're just the pace I was running when I hit that mile mark. :( I'll have to figure out a new system to get my pace. Or I could just continue to complain to Nike that they need this feature, immediately! Either one. :)

Also....Happy Mother's Day to all those moms out there! Especially my mom and my sister! We went to Maynard's Market for a very yummy brunch and then lounged around the house. It was a good day. :) 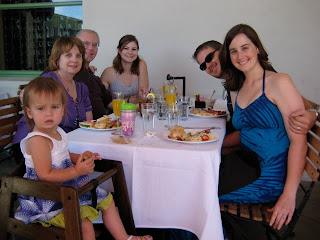 *I stole this picture from my sister's blog.
Posted by Jamie at 6:15 PM