I've been a little behind in updating. But I want to make sure I don't get too far behind. So much has happened in the last month! Hopefully, I will get a few posts out this week so that I can catch up. :) 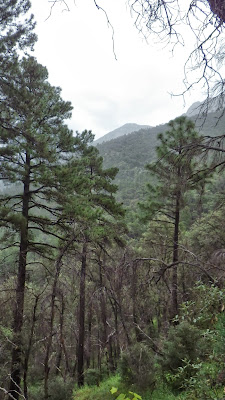 A few Sundays back, I ran up and down Mt. Wrightson once again. I fell in love with the mountain when I ran it for the first time in May. It's so beautiful and very few runners show up for the the runs down there. It's too far away or something (versus the Sabino Canyon runs when everyone and their mother shows up). I love being alone when I run trails and this time was no different.

The morning of the run, it was a little drizzly outside. It made for a PERFECT run. It was so beautiful on the trail. It was peaceful with the sound of rain falling gently on the trees around me. What an amazing experience. 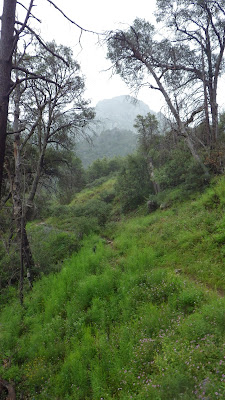 The forest was more alive during this visit. The rain from the monsoons had created a lush, green environment for us trail runners. And for the bears as well...there were berries everywhere! They covered the bushes and the floors And not soon after I discovered this, I also discovered there was a lot of bear poop on the trail! And I mean A LOT. I saved those photos for the end.

I felt as if running to the Josephine Saddle, about 2 miles up, went a lot faster this time. I guess I already know the trail and I had a general idea of the twists and turns. It also helped that I was "cheating". I brought my iPod with me! I know, what a terrible thing for a trail runner to do!
You're supposed to be listening to the outdoors on the trail (and possibly animals and other humans).
But music helps me think about other things instead of the pain in my lungs/legs at the time. 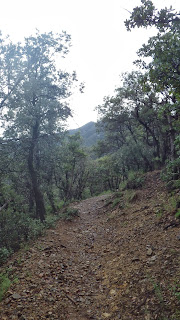 The trek after Josephine Saddle was a lot slower and a little more difficult for me. After getting passed by some late-comers just before Josephine Saddle, my hopes for not finishing last were dashed. I am not the greatest uphill runner of all time, let's face it. This is something I need to work on. But I was determined to catch up with my insane downhill speed that I will bust out later on. :)

The rain had stopped and I knew where my next checkpoint was. I tuned into my music and trudged along. The uphill was getting a lot steeper and a lot harder to run. I power walked a good portion of it. 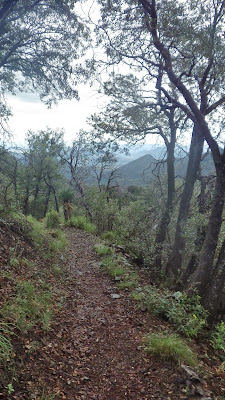 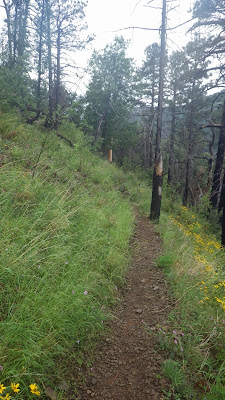 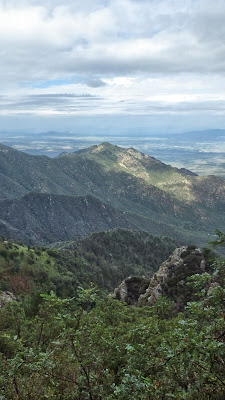 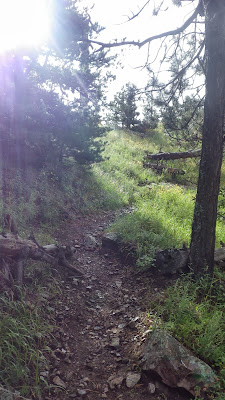 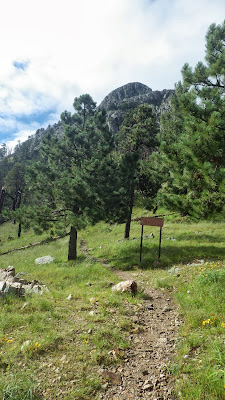 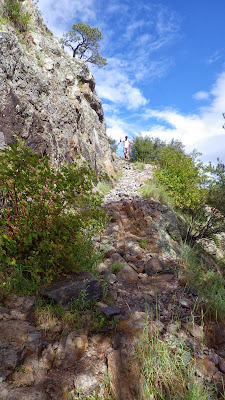 By the time I got to this point in the trail, past the second saddle, I started to run into a lot more TTR people. They were speeding by! I was starting to get worried that I would not be able to catch up with them!

I also noticed a funny thing. Whenever I said hi to any of the runners, they looked very surprised. Like...too surprised.
I was starting to get a little annoyed. I would say "Hi! You're doing great!" and then get this look like, I don't know you...who are you? Why are you speaking to me??
They either don't remember me from the group or don't speak to people much. JK.

But no worries here! I am stepping up my game. I think I just need to be more involved. I have been going to more runs (first step) and next I will either try to RD a run or get a position within the group. Recently, an opportunity came up in which I was ALMOST able to do the latter. I just got to it a few seconds too late and unfortunately, it was snatched away quickly by someone else. :(

There is always next year. But it is hard being the youngest in this group. And it doesn't help that I look like I'm 18. I am truly trying my best and I may never be the fastest, but I will get points for having the most energy and spunk. That will get you far. Trust me. :)

Back to the trail!! I get so off topic sometimes.
At this point, I have made it past the second saddle and I am on my way to the top!
All of the TTR runners have passed me, and I am trying to get myself to run faster so that I have an opportunity to catch up with them later on.

It is so incredibly peaceful at the top. There is no one else with me, so I was grateful.
I stood up there, watching the rain clouds in the distance, and trying not to think about the run down.
I looked towards Mexico, and imagined running there one day. Maybe to the border? Maybe in the actual country? Oh, I would love to do that. One of my many running dreams. :)

I take a few more minutes for myself until a hiker arrives. It is time to go.
I start a little slow (it is very rocky at the top and the cliffs are high, I don't want to slide off!).
I really take off running when I hit the solid, dirt ground.
I want to catch up, so this is my time. 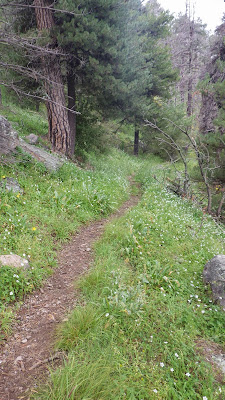 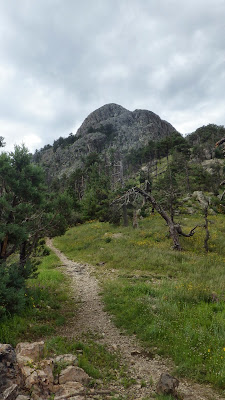 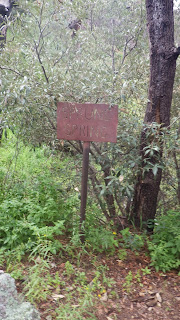 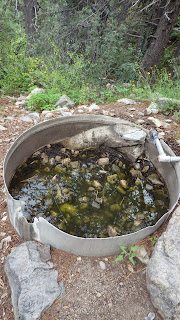 I was about a mile and a half longer. Yes, it was smoother, but I think that made it worse.
At point I looked at my watch and thought I should be done by now, but I was still halfway up the trail.
And then I got lost. For only a few minutes. I didn't stray TOO far off trail, but I was definitely being led in the wrong direction. That dampened my spirit.


Thankfully, I was only a minute away from the finish! I came running into the parking lot, with my hands up and some guy clapped. It was nice. I spoke to Gene (the RD) and ate some strawberries, a cookie and lots of pickle juice! I'm not much for schmoozing (especially when I don't hit my time goal) so I bid farewell and I was off.

Overall, it was a beautiful run! I don't think I can say that enough!
I love running in those mountains. It is always so peaceful for me.
Next time, I will check out the trails AND the mileage before I decide to run them. I need to mentally prepare myself. Because if I don't (like this time) I get annoyed and upset at the end.

I wholeheartedly recommend Mt. Wrightson for everyone! Get out there and enjoy your trails!!!
Happy running! :)
Posted by Jamie at 5:59 PM