It's that time of the year! All the flowers have fallen off of the palo verde trees and the air conditioner is pointless. It's summertime here in the Old Pueblo. Actually, it's been summer for a few months. We don't really have a spring. Or a fall. Or anything really, except hot. Which is fine by me. I was raised here so I''m pretty used to it. Cold is something I cannot handle.
But since I only started running a year and a half ago, I'm not quite used to running in the heat. Actually, I'm not sure if anyone can become accustomed to running in such high temperatures. People sure do try though. Like the Badwater Ultramarathon in Death Valley. That. is. Insane. Temperatures that get up to 130 degrees. No thank you.
It actually sounds awesome, but insane. Definitely. Look at that outfit.
I am not, however, running in 130 degrees. The high summer temps here in Tucson usually range from the 80's to the 100's, which is still very hot for a run. Most days too hot. Many people usually opt for a morning run or a night run.
And those are great times for a run...if you have that kind of time.
Lately, the only time I have for running is during the hottest parts of the day such as when I get home from work. Mornings are too hectic and I now live in a part of town that doesn't have street lights. But my afternoons are wide open. So, I run when it's very hot. I don't call myself heatrunner for nothing you know. :)
The whole point of this post today was to talk about running safely in the heat. But then I went for a run and I thought, "It's really not that hot out". And I lost all momentum for blogging about heat. So. You'll have to wait for that post.
But my run was very nice. :)
Only 80 degrees today, partly cloudy, and a cool breeze. Unusually nice. 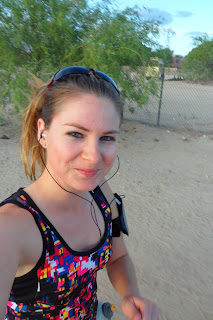 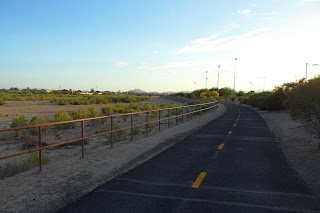 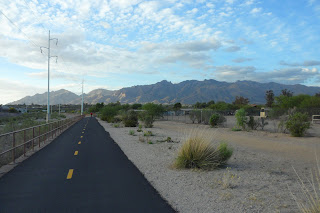 Oh, I forgot to tell you I bought Vibrams awhile ago! They are so awesome! I have pretty much ditched my other running shoes. Don't know why, I just love the feeling of my Vibrams. I feel quicker when I wear them and I don't feel so weighed down. Makes me feel nekkid. :D 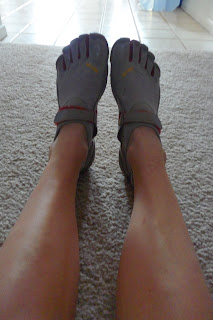 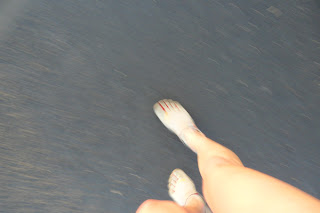 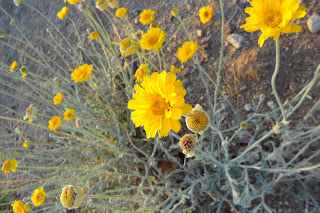 Some beautiful flowers along the path. 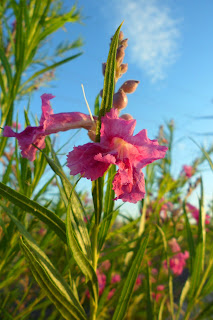 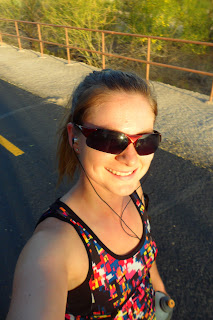