Wow, sorry for that wait! I have been studying my butt off for midterms and now I'm done!!! Spring Break has come and gone, the Wildcats are in the sweet 16, and life is good. :) So I finally got a chance to sit down and do this!

Also, I have been sort of embarrassed by the lack of photos I took for this race. It was so crazy! I wasn't sure what to expect and how to time things and so on and so on. Excuses, excuses. I know. So, I stole a lot of photos from my teammates facebook pages. I hope it's enough for this recap. Also, I did bring my video camera but I didn't really get anything good. I can't really explain why but I guess I was in this weird, sleep deprived, adrenaline fueled state the entire 33 hours. If you've done a Ragnar before, you may understand what I'm saying. If not, you better get out there and do one cause it's definitely an experience you won't ever forget.
Since I took so long to do this recap, there may be some details I'm missing. But you'll get the general idea...

Alrighty! The recap! Sorry about the photos, facebook has this weird thing now where they won't let you save the photos. I had to screen capture mostly everything!


I want to start by saying my team was freaking awesome! Most of us were strangers but by the end we became very close! We plan to do this next year, maybe even do Ragnar in Las Vegas in August. We had a blast! It was the perfect group of people. I'm on the right. And yes, it was cold. 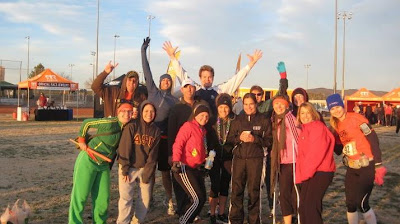 Here I am starting off the race (in the orange shirt and blue hat)! I was runner #1 and I had a blast starting it off! The elevation was not fun however. I needed my inhaler before I even hit the halfway mark. Didn't help I was wearing compression socks and it was uphill! UGH. But it was challenging and fun. :) 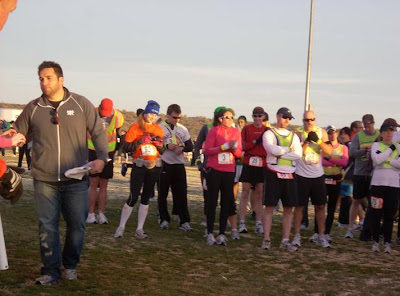 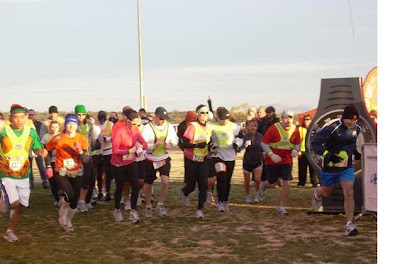 The scenery was beautiful on my first run! Wickenburg may be in the middle of nowhere, but at least it's a pretty place to be. 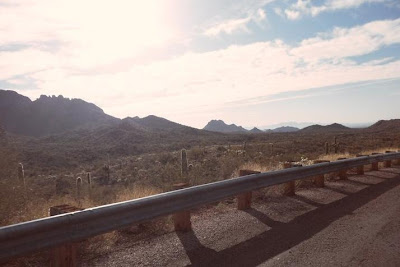 The rest of the way was crazy! I'll admit I have to work on my photo taking skills for next year because I missed a lot.
The following photos are a mix between what I took and what I got from my teammates: 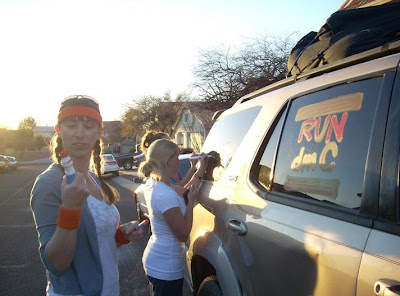 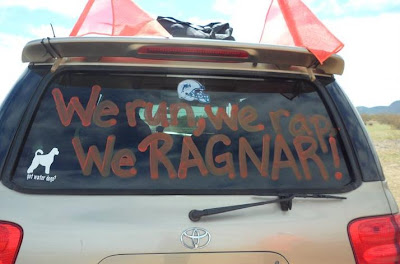 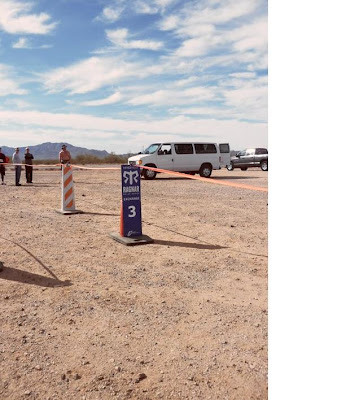 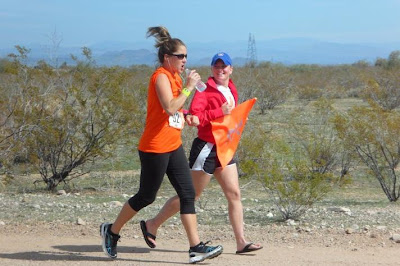 Casey supporting Lori on one of her legs. 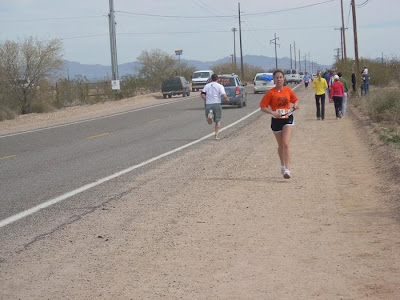 Kendra coming into an exchange. 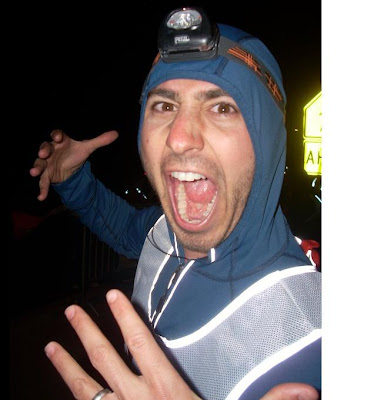 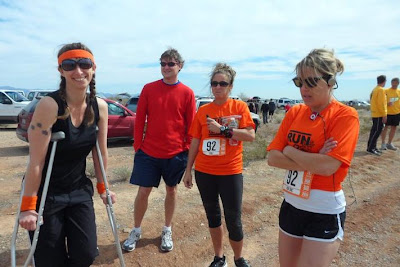 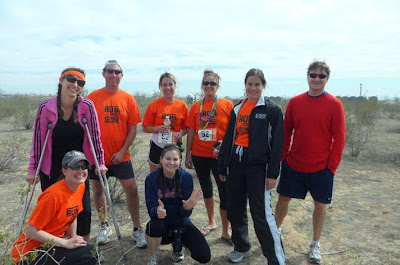 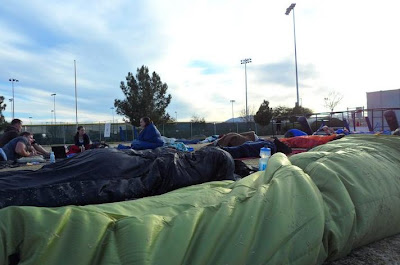 Sleeping at a high school before Van 1 starts the 2nd set of legs. 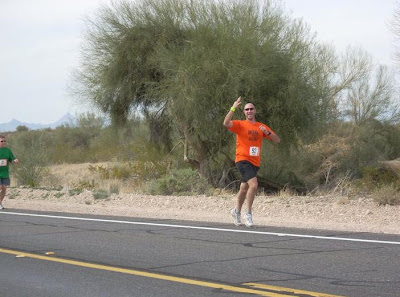 Kevin during one of his legs. 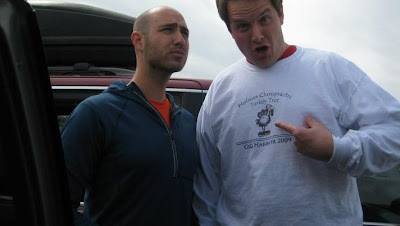 Kevin and Clancy acting silly. Must be the lack of sleep....or not... 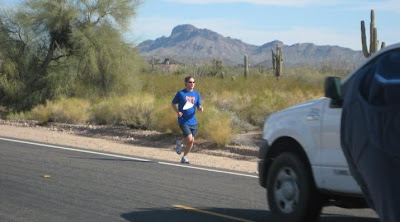 Guy during one of his legs. 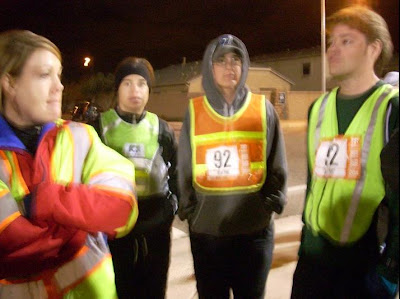 Waiting for Christine to come in. 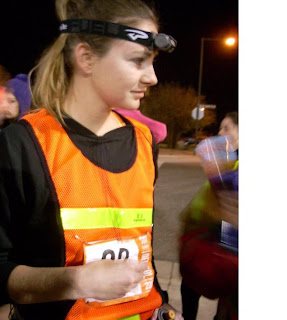 Waiting to start my 2nd leg! 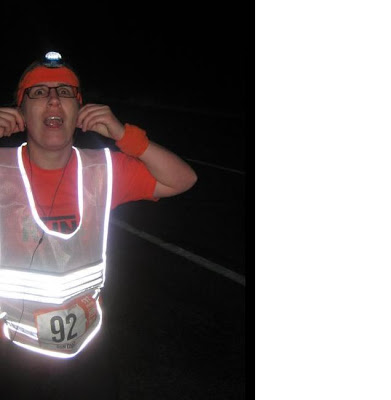 Laura getting pumped up for her night run. 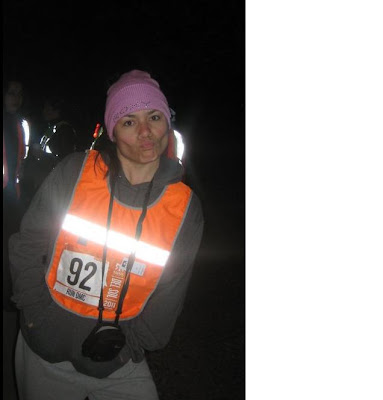 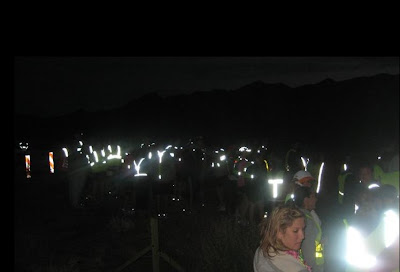 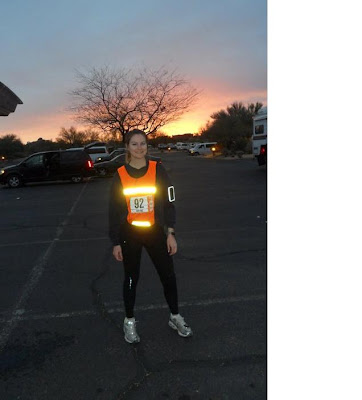 After my last leg! I came in during the sunrise. It was so pretty! :) 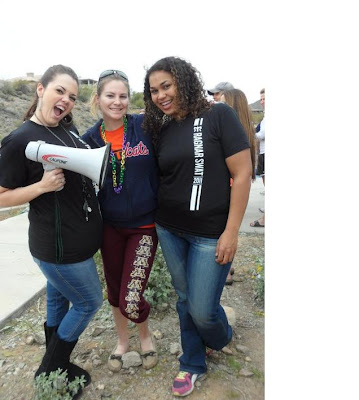 Meeting some biggest losers at an exchange. 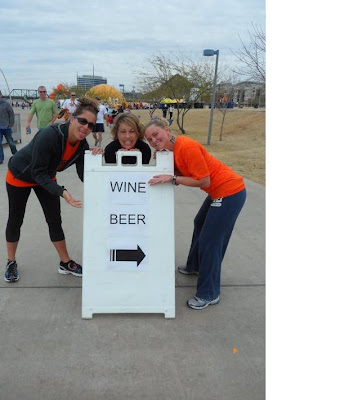 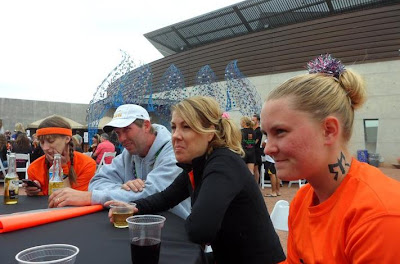 Waiting (in the beer garden of course) for Christine to get closer to the finish line. 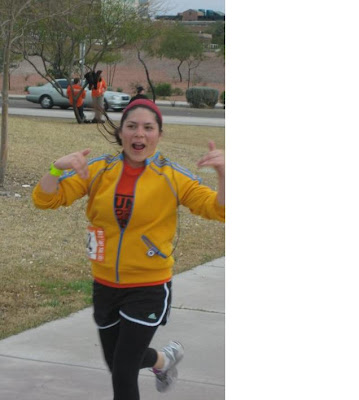 Here she comes!!! Our last runner, Christine, comes running into the finish. So we all join her... 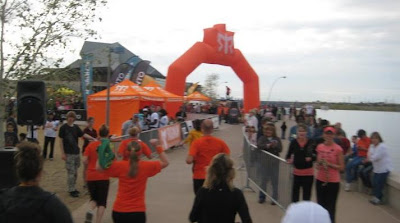 We all run to the finish! 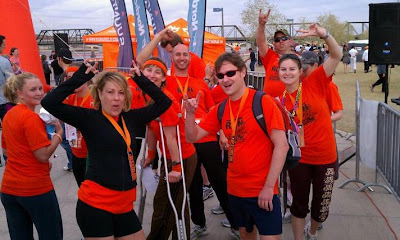 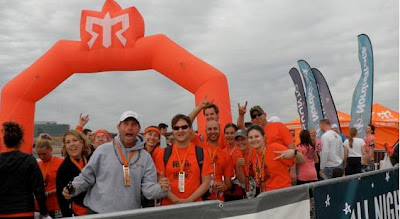 Sorry for the short and sweet recap, but I think I like it that way. Leaves more to the imagination! :)
My goal for next year to have a better plan for capturing photos so that my recap won't be all over the place. Also, it's hard to do a recap when you're sleepy.

Hope you all enjoyed it! My team plans to do the Del Sol relay again next year. We may even consider the Las Vegas one coming up, but that hasn't been decided yet. I'll have to do another post with the metal, it's pretty sweet. :)

And, my sister and I ran in the Super Spartan Race in Chandler last Saturday, so you'll get another recap shortly!